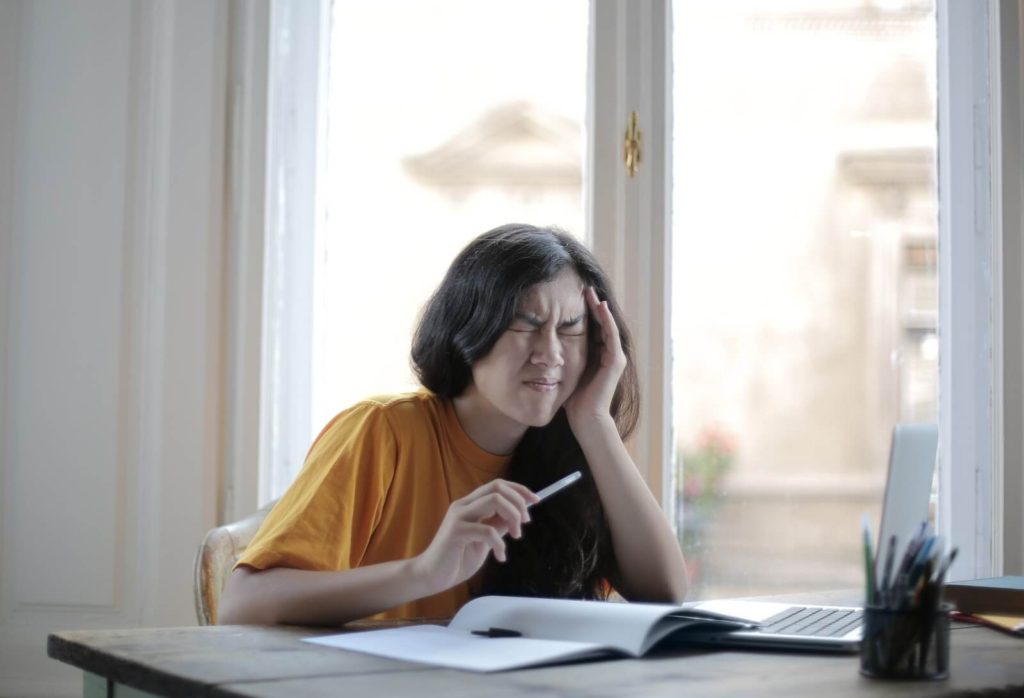 Education is a multifaceted industry. For the purposes of this article, let us turn the spotlight on our young adult learners who primarily benefit from receiving quality higher education.

Young adult learners deal with the realities of adulthood, where there are real-life rewards and consequences waiting for them.

In a survey by the Strada Education Network in 2020, young adults in college face many challenges, with stress, anxiety and loneliness the biggest hurdle at 44 percent. They also struggle with keeping up academically (21 percent), having a space that is good for studying or participating in classes (14 percent), and financial challenges such as paying for tuition, books and other costs (14 percent), among others. 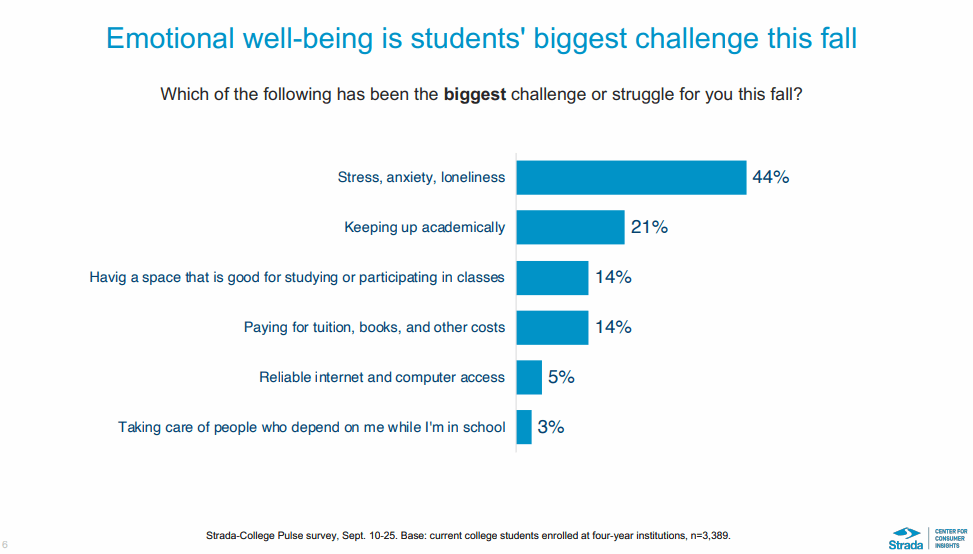 It is easy for educators to fall into dual traps when dealing with young adult learners. They might fail to empathize and attach perspective, presuming that the answers to their problems would come easily, or they might impose solutions that were effective then but may not be so effective now.

A previous Insights article discussed life lessons for international students, and how life lessons are complementary to what they learn inside the classroom, and how these bring about a total transformation. The same can be said for young adult students: Whether they study locally or abroad, life issues are generally similar all across the higher education sector.

With educators as guides, whether inside or outside the classrooms, young adult learners can empower themselves by going through and taking up these life lessons.

Some people feel restrained when enrolled in an educational institution. However, students should be grateful for all the rules and regulations set in place. These are for their own good, and should help guide students to become better, more disciplined versions of themselves.

Former United States of Secretary of Education Arne Duncan stated in his foreword for the resource guide for improving school climate and discipline: “Our goal of preparing all students for college, careers, and civic life cannot be met without first creating safe schools where effective teaching and learning can take place. Simply put, no school can be a great school—and ultimately prepare all students for success—if it is not first a safe school.”

Name-calling? Missed homework? Inappropriate language inside the classroom? Issues of bullying? Educators should be prepared to respond in a strict yet proactive manner.

Discipline is not tantamount to punishment. The former fosters holistic growth, the latter stunts it. Again, an educator should understand that discipline is proactive. A young student, on the other hand, should also be able to take responsibility for his or her own actions, and embrace discipline as an opportunity to be better the next time around.

“I think the big mistake in schools is trying to teach children anything, and by using fear as the basic motivation. Fear of getting failing grades, fear of not staying with your class, etc. Interest can produce learning on a scale compared to fear as a nuclear explosion to a firecracker.” This quote is attributed to one of the most celebrated filmmakers in history, Stanley Kubrick, who was described as “a poor student.”

While the oversimplification of a complex matter such as education may bring forth more questions, there is also a hint of truth to it. A fascinating study headed by Stanford University psychologist Carol S. Dweck explored this further.

For the second test, Dweck and her team had the students solve a more difficult test (the students had the option of bringing it home to work on it more). Almost every student had a hard time. The team found out afterwards that those who were praised as being intelligent no longer enjoyed the task and were no longer interested in bringing their task home. However, those who were praised for being hard workers relished the challenge and were eager to take their task home to be able to practice more on it.

In true learning, there is no room for fear. Fear blocks the path to knowledge. Therefore, a young student should not shy away from problems but instead expect mistakes and look forward to improving and not making them again.

According to regional organization Montreal Hooked on School—which promotes school perseverance—only 82.8 percent of students (aged 20 and under) Montreal students obtain a diploma. The good news: This marks a 15.1 percent improvement since 2009.

There is a lot to learn about perseverance in life, and this is also a lesson that student-athletes are more accustomed to. Perseverance is a life lesson that is important for a young student to understand.

A high level of perseverance, however, should not be mistaken for masochism. 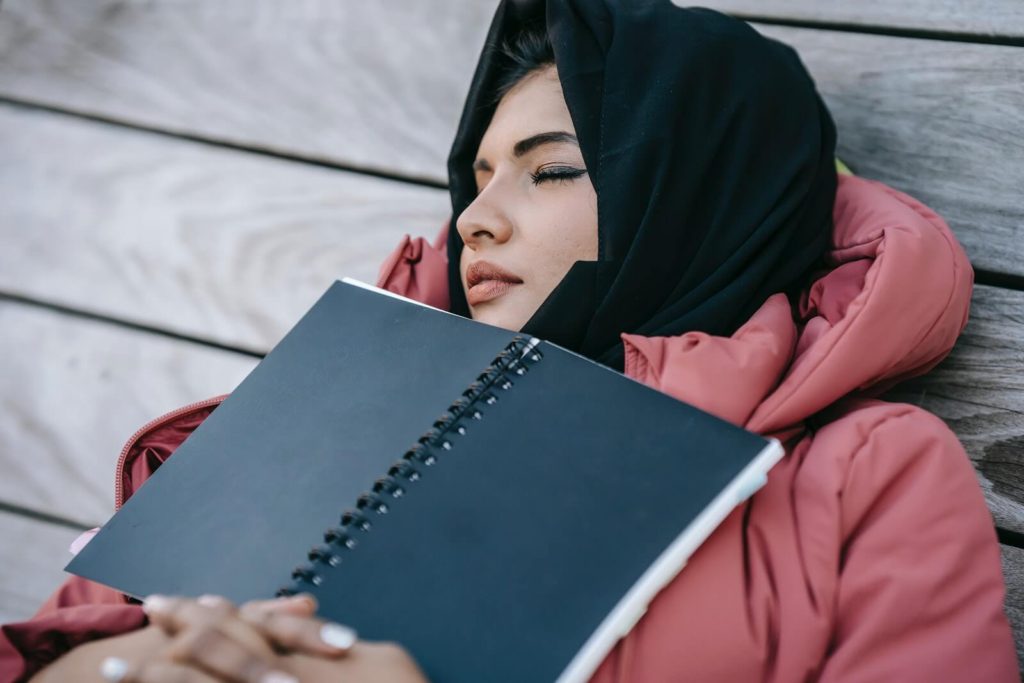 Taking breaks may be beneficial for accomplishing tasks in the long run.

“Comparing high-perseverance students who tended to take a break directly after a failed test—before they continued with the same task—with those who did not take a break, we  found no significant differences, indicating that taking a break is not detrimental to learning and perseverance,” the study stated. As to defining the parameters of such a break and how to ensure that it is optimal for the task at hand is for another discussion.

Merriam-Webster defines the verb respect as “to consider worthy of high regard.” But in real-world experiences, people know giving and gaining respect are not as easy as they sound. In fact, respect can be controversial as ways of showing it may differ from one culture to another.

In the United States alone, there were 1,095,299 international students in U.S. colleges recorded in 2019. The top five countries that account for these students are China, India, South Korea, Saudi Arabia, and Canada. 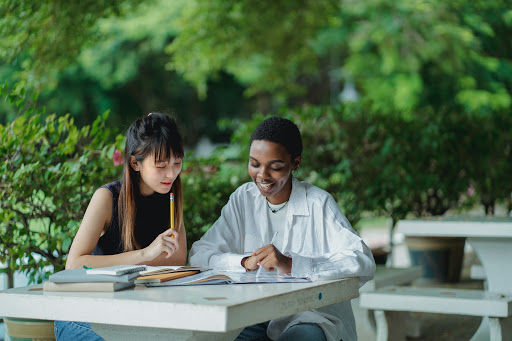 Young students will meet other young people from different countries.

When young people begin their journey into higher education, it is usually their first exposure to a greater world society: teachers of different disciplines, students from different backgrounds, and staff members with different goals. A young adult learner will have to maneuver through all these relationships and learn how to recognize and rank numerous diverse individuals according to their relevance.

School becomes a plane of multiple connections. However, the most important outcome in all of this interaction is how one develops respect for himself or herself. The navigation toward self-awareness is a life-long process but students can grab this opportunity to have a better realization of who they are.

Young adult learners will enter school expecting that knowledge is something that is exclusively passed on from top to bottom, from seasoned educator to neophyte learner. That is true. However, it is also healthy for these students to be reminded that there are life lessons to be learned as well, and these tests surround them from all sides. One could argue that life lessons are much harder to tackle and that there is not one official curriculum that steer us to live life with flying colors, is there? It is good for educators to be reminded of this as well. Life lessons are for everyone.

Desautels, L. (2018, March 1). Aiming for Discipline Instead of Punishment. Edutopia.org. Retrieved from https://www.edutopia.org/article/aiming-discipline-instead-punishment.

Dweck, C. (1999) Caution – Praise Can be Dangerous. American Educator by the American Federation of Teachers. Retrieved from https://www.aft.org/periodical/american-educator/spring-1999/caution-praise-can-be-dangerous.

Guiding Principles: A Resource Guide for Improving School Climate and Discipline. (2014, January) US Department of Education. Retrieved from https://www2.ed.gov/policy/gen/guid/school-discipline/guiding-principles.pdf

Gulz, A. et.al (2018, June). Perseverance Is Crucial for Learning, OK But Can I Take a Break? Artificial Intelligence in Education (pp.532-544)/ResearchGate. Retrieved from https://www.researchgate.net/publication/325849748_Perseverance_Is_Crucial_for_Learning_OK_but_Can_I_Take_a_Break. Accessed 4 Feb. 2021.