The COVID-19 pandemic has extremely affected the international education sector. The disruption has come at a great cost for higher education institutions located in power players like Canada and Australia—the latter, ranked first among countries with the largest number of international students as “a share of the total higher education population in 2020.”

In the same year, non-profit organization Orygen released results of a study which looked into the mental health and physical safety of international students in Australia. The project was funded by the Australian Government, Department of Education, Skills and Employment

It was a timely study which focused on the current well-being of learners, some during their college transition, and tried to understand the scope and severity of mental health care and physical safety issues in higher education, as amplified by COVID-19.

“Despite experiencing an increased risk for poor mental health, international students under-utilize available support services. In 2019, an investigation by the Victorian Coroner’s Prevention Unit identified a low rate of health service use among 27 international students who had died by suicide between 2009-2015 compared to their domestic student counterpart,” stated its introduction.

Because of this, the Australian Government engaged Orygen to further investigate the situation. From Jan. 21 to March 27, 2020, university students and staff from 315 institutions complete an online survey. International students in Australia (276) originating from 48 different countries completed the online survey. Two-thirds were female. Most of the students were from India, China and Nepal.

According to the Orygen study, COVID-19 has greatly affected the mental health of international students in Australia. The nation closing its borders in March 2020 may have contributed to the feeling of isolation as well.

Australia is one of the strictest nations in the fight against COVID-19 as it closed its borders on travellers since March 2020 and is looking like it will extend until 2022.

Between then and now, online classes became the norm and non-essential services were closed. This resulted in the loss of social connection and means of income. College transition became an even bigger challenge due to integration and adjustment concerns. To add to the lingering isolation, some university students were “reportedly subjected to racist behaviors in relation to the pandemic.”

“The COVID-19 pandemic will likely affect international students’ sense of safety and their mental health now and into the future,” stated the study. 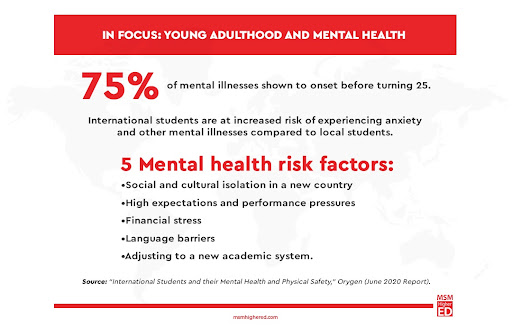 Research suggests that 75 percent of mental illnesses start to manifest before one turns 25. While this is true for both local and international students most especially dealing with college transition, integration and adjustment, the latter are exposed to variables which make it harder for them to cope: The stigma that goes with mental health, the obvious lack of culturally appropriate services in higher education institutions, and the expenses.

“The consequences of unidentified and/ or untreated mental ill-health can be tragic. While the rates of suicide among international students have not been shown to be higher than those for domestic students, there are some concerns that stigma associated with suicide in many cultures may lead to under-reporting of international student deaths,” the study reported.

However, another study showed that over 50 percent of international students reported feeling “less safe than they expected they would.”

The reported threats include “theft, workplace exploitation, automobile accidents and assault on public transport.” Fifty percent of students believed that these threats had a “racial, religious or cultural dimension.”

The Orygen report outlined seven areas where higher education institutions can do better to serve the mental health and physical safety of international students in Australia: Whole of provider commitment through policy and leadership; Enhancing connections and belonging; Building mental health and physical safety literacy and awareness; Prevention and early identification of risk or emerging issues; Promoting and facilitating access to supports on campus or in the community; Practice designing and delivering culturally appropriate responses; and Critical incident management. 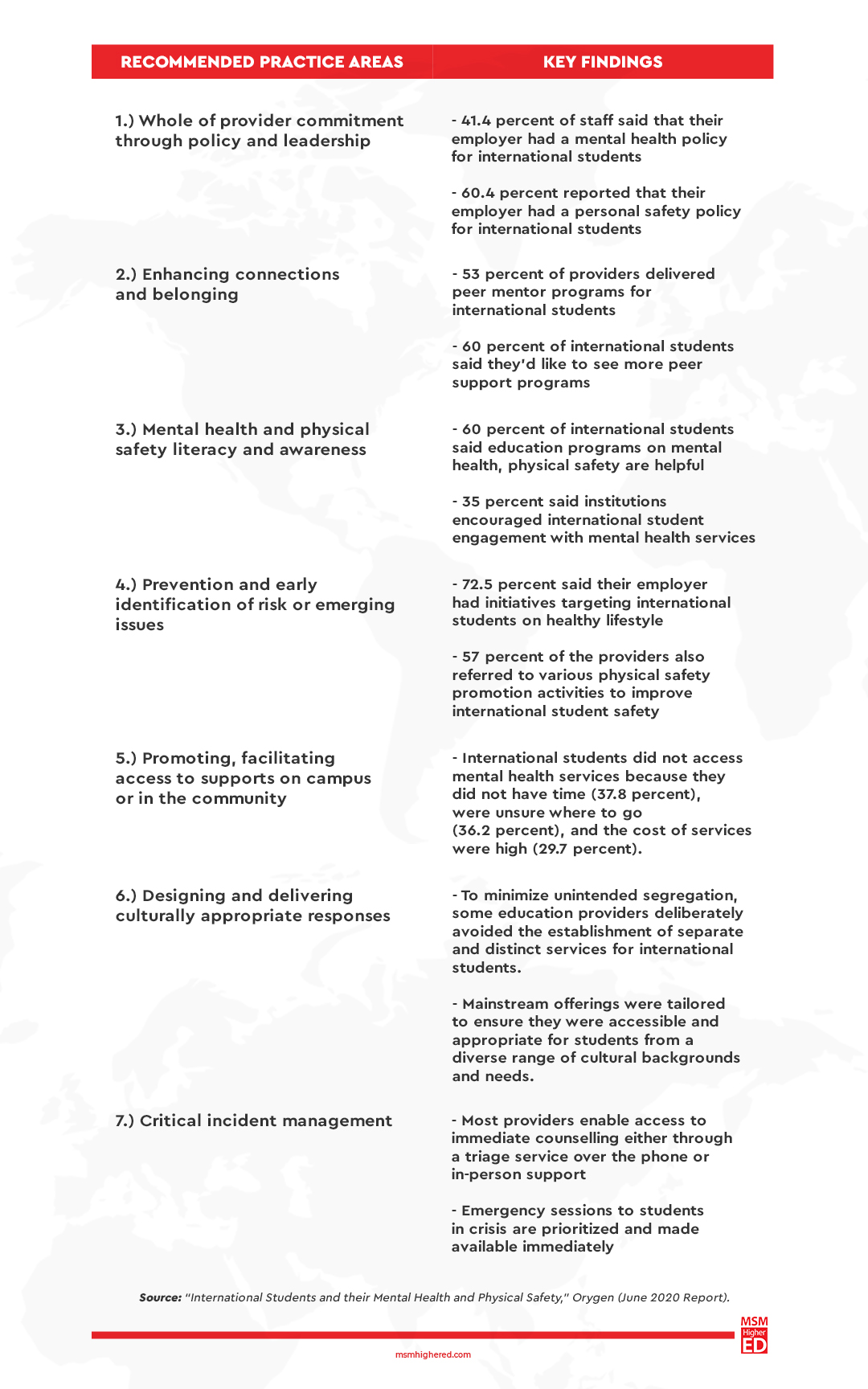 The proper implementation of the good practices aforementioned should become a unified response by the higher education institutions of Australia, most especially during the pandemic.

McGregor, G. (2021, June 19) Australia is so isolated even citizens can’t easily enter. For the next year, it’s happy to stay that way. Fortune. Retrieved from https://fortune.com/2021/06/18/australia-covid-zero-closed-borders-reopen-lockdown/