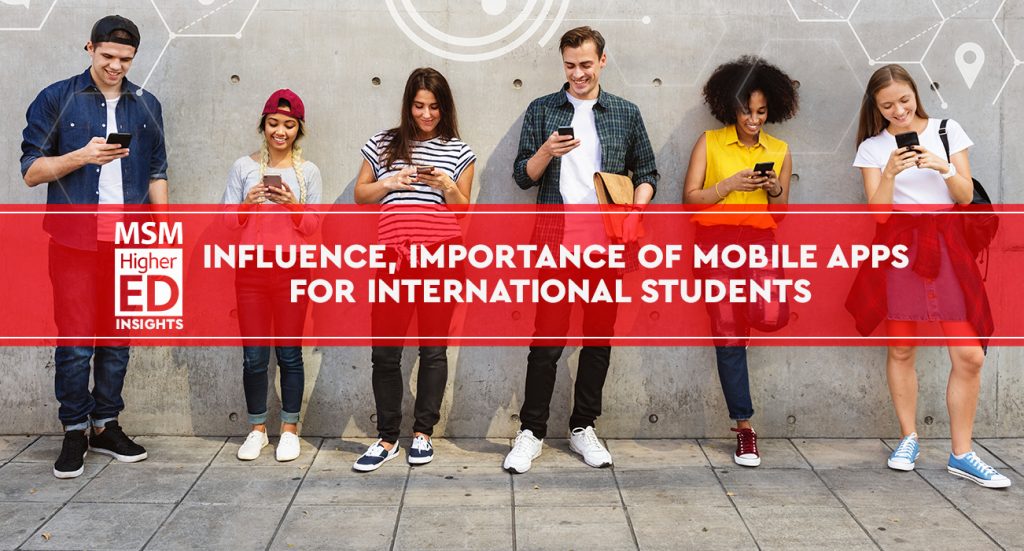 The international higher education industry has seen tremendous growth in the last couple of decades. This could be attributed to several factors ranging from national government policies and easier travel to better online marketing by institutions and multiple pathway programs options provided to international students.

However, on the lighter side of things, part of what makes an international student’s study abroad an overall pleasant experience is the quality of life the host country offers. Taking into consideration the digital age, one’s life is even made easier through his or her mobile gadget installed with the right mobile applications.

With how technology is so fully ingrained in people’s lifestyles these days, everyone owns a smartphone so as to be able to access the internet or harness the powers of technology. A big reason why smartphones have easily found their way into people’s lives is because their functions can be customizable to provide a unique user experience. This is possible due to the variety of apps available for download.

Mobile apps are computer or software programs designed for mobile devices like smartphones and tablets. Some of these apps make their way on smartwatches. A person with a smartphone downloads a number of apps which aid in different tasks from entertainment to productivity.

Services can be booked through these mobile apps. A variety of international food can be ordered through apps. There are even specific apps to aid in learning or research. 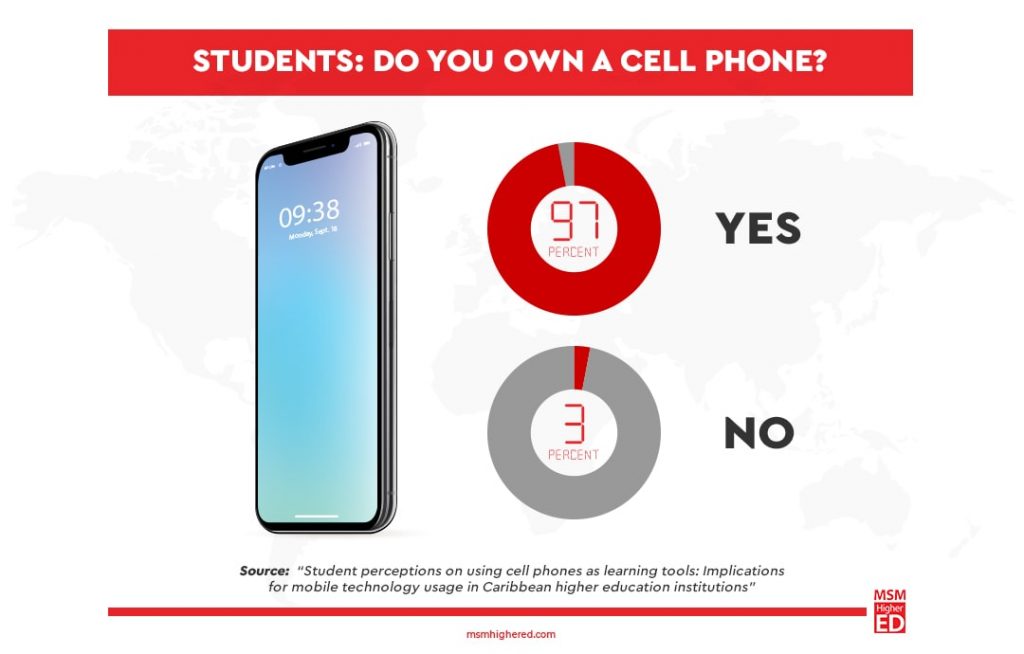 Here below are some related studies about mobile application in education.

According to a study conducted in a higher education institution located in Jamaica which aimed to examine the importance and influence of mobile phones among students, that data showed that 97 percent of students owned a mobile phone. The survey was done at the University of the West Indies in Jamaica with college students as respondents. The study stated that by 2025, there will be about 5.8 billion subscribers worldwide.

Another survey among higher education students in Turkey revealed the top purposes of use of smartphones by students. Ranked accordingly, the survey revealed that most students used cell phones for messaging, followed by calling, and then for checking out social media. The use for running internet searches and for setting an alarm ranked fourth and fifth, respectively.

“As  students  use  their  smartphones  during  lectures, and they will continue using them, effective ways to integrate them into learning must be found,” stated the study. 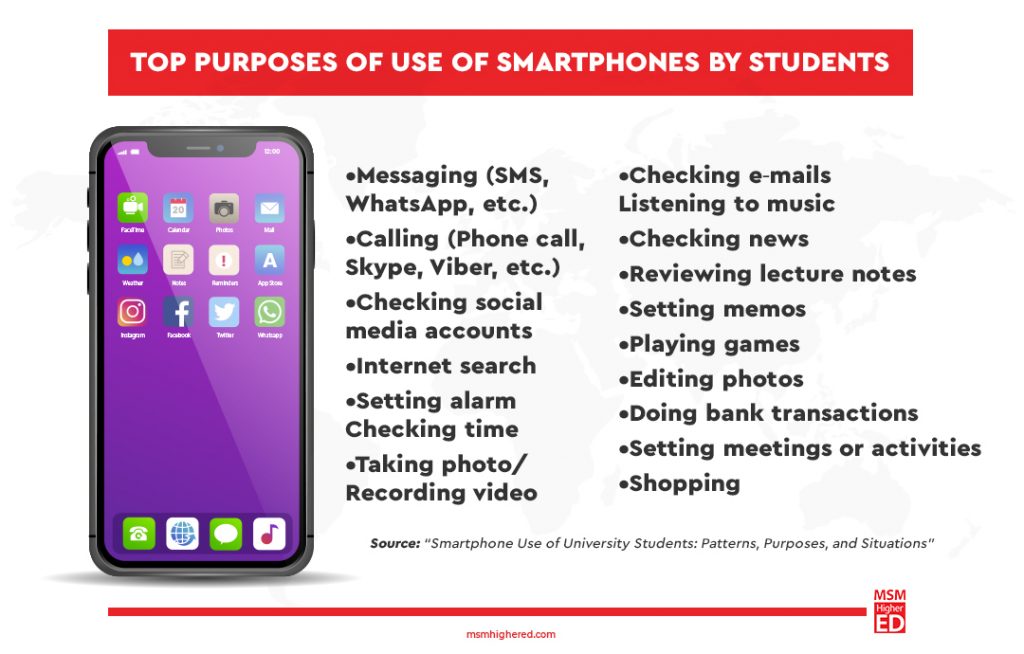 In the context of future education trends signalling a push toward blended learning, among others, some mobile app developers are figuring out how they could incorporate educational purposes or functions into their apps. Today, students and educators alike look to available apps as tools to help them in—aside from various communication and education delivery purposes—their studies or research work.

Among those who used mobile apps for academic purposes, most of them were from the Computing and Mathematical Sciences, followed by Education, then Science and Engineering, and ranking fourth, Arts and Social Sciences. This group is divided into two: Those who use apps for supervision/teaching and those who use them for research.

For those who used mobile apps for supervision/teaching, they named their top five: Dropbox, Zotero, Evernote, EndNote App, and Notability. “Communication with colleagues” and “sharing or storing documents” were top reasons stated for these apps.

For those who used mobile apps for research, they named their top five: Dropbox, Evernote, OneDrive, Zotero App, and EndNote App. “File, document or data storage purposes were the main reason for researchers using mobile apps,” the study said.

The rest of the 35 percent were divided: Half of them do not plan on using mobile apps, while others are open to the idea. Seventy percent from the latter group felt like having “more appropriate apps” could push them toward regular usage and reap the benefits of mobile apps in education.

While the previously mentioned study implies that mobile apps have turned out to be more like academic tools for communication, organization, or productivity, there are use cases when mobile apps become learning sources themselves. A strong example of the impact of mobile apps on education would be in the case of learning a different language. This is most useful when it comes to apps for international students, especially for those who want to learn English.

Mobile apps as digital learning tools are expected to rise as well, with EdTech innovations expecting to introduce immersive technologies and other types of innovation in education like learning analytics and gamification of courses.

Ataş, A. (2019) Smartphone Use of University Students: Patterns, Purposes, and Situations. Malaysian Online Journal of Educational Technology. Retrieved from https://files.eric.ed.gov/fulltext/EJ1214011.pdf

Welcome to the new school: 5 higher education trends in 2021 and beyond. MSM Higher Ed. Retrieved from https://msmhighered.com/insights-post/welcome-to-the-new-school-5-higher-education-trends-in-2021-and-beyond/

Hinze, A. (2017, April) Use of Mobile Apps for Teaching and Research. The University of Waikato. Retrieved from https://researchcommons.waikato.ac.nz/bitstream/handle/10289/11033/01-2017-Working%20Paper.pdf?sequence=2&isAllowed=y

Zhu, Jiawen. (2018, October) Students’ Perceptions on the Use of Mobile Applications in English Language Learning. University of Florida. Retrieved from https://www.researchgate.net/publication/336145502_Students%27_Perceptions_on_the_Use_of_Mobile_Applications_in_English_Language_Learning